As a woman in tech I’m both encouraged and saddened by the #womenintech movement. Encouraged that such a great initiative exists and is so successful in showcasing the awesome female tech talent out there, but saddened that it is needed in the first place.

A recent article by Leo King (@LeoKing11) on Forbes about how dads can encourage their daughters to get involved in tech really resonated. I don’t have daughters but I do have a son and the article got me thinking – how do we, as women in tech, use our negative experiences to proactively educate our sons to ensure that they don’t perpetuate the stereotypes currently being played out in the workforce?

Talk to our sons

By talking to our sons about the challenges we face at work and explaining how hard we have to work to overcome them, we can show them that the current way is not working. We also need to work on removing the insidious sexism; for example assuming that the woman in the meeting is there to provide coffee and take the minutes.

There’s nothing worse than sitting in a meeting and having your opinion ignored simply because you’re a woman. We need to teach our sons how to treat people with respect. Whether it is simple things like saying please and thank you or more nuanced like actively listening and considering other people’s opinions. It is important that this ingrained from an early age and the best way we can do it is by showing respect ourselves.

We need to teach our sons how to be inclusive. Most boys get thrown into a hierarchical mindset from a very early age – whether it’s finding out who is the strongest in the playground to the hierarchy of high school and beyond. As such, most are unlikely to be thinking about how to be more inclusive.

To create a fair and equal workplace – and wider society – for women, we need to get our sons to buy into the idea from a young age. As their parents, both mothers and fathers, we can exert a major influence on how they view girls, and later women. That they are equal and their peers. That girls can do all the things boys do and vice versa. And that there is no stereotypical version of either girls or boys. And to evaluate people on their actions, abilities and character, not their gender or appearance.

My son is only 10 months old so there is a long time to go before he’s in the workforce. I just hope that I can do a good enough job so that when he is there that he treats women with the same respect and dignity that he will expect to be treated to. 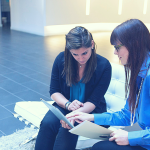 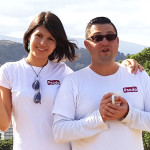 Virtual tour of the Macquarie IntelliCentre2