Quality assurance. One of those necessary evils of project management. Yet in most instances there are simple, yet very effective ways to check quality without making a huge production of it. Instead of checking every single item, decide where there is a critical control point and check something there.

An excellent example is the infamous Van Halen concert tour contract rider that specified that a bowl of M&Ms must be available in their dressing room – with all the brown M&Ms removed. Failure to meet that specified requirement could lead to cancellation of the show with full compensation.

To some it seemed like a diva-esque move by a band at the height of their fame, but it turned out to be a pretty slick way of performing quality assurance on the concert venues’ work.

Put simply, if there were brown M&Ms in the bowl it gave the band a heads up that their production needed to be thoroughly checked, as it was likely that some technical requirements would have been overlooked.

In David Lee Roth’s autobiography he explained it: “Van Halen was the first band to take huge productions into tertiary, third-level markets. We’d pull up with nine eighteen-wheeler trucks, full of gear, where the standard was three trucks, max. And there were many, many technical errors; whether it was the girders couldn’t support the weight, or the flooring would sink in, or the doors weren’t big enough to move the gear through.

The contract rider read like a version of the Chinese Yellow Pages because there was so much equipment, and so many human beings to make it function. So just as a little test, in the technical aspect of the rider, it would say “Article 148: There will be fifteen amperage voltage sockets at twenty-foot spaces, evenly, providing nineteen amperes. This kind of thing. And article number 126, in the middle of nowhere, was: “There will be no brown M&M’s in the backstage area, upon pain of forfeiture of the show, with full compensation.”

So, when I would walk backstage, if I saw a brown M&M in that bowl . . .well, line-check the entire production. Guaranteed you’re going to arrive at a technical error.  They didn’t read the contract. Guaranteed you’d run into a problem. Sometimes it would threaten to just destroy the whole show. Something like, literally, life-threatening.”

Not bad for diva-esque rockstars. 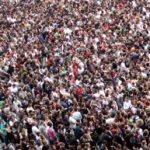 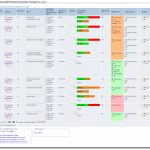