Micro-sourcing and Crowdsourcing – similar, but different 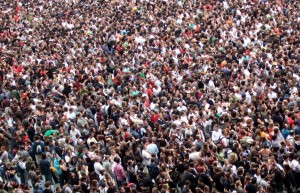 Today’s blog is a guest blog by Andy Zaple, from Pitt Crew.

I was recently fortunate enough to share a speaking platform with Professor Rudy Hirschheim of Louisiana State University, one of the world’s best known researchers in the field of Information Systems Outsourcing. His presentation was titled ‘The Latest Trend in Outsourcing: Microsourcing / Crowdsourcing’, which he described as being the 3rd wave in Outsourcing (following the wave from IT to Business Process Outsourcing, and the subsequent move to off-shoring). He suggested that his market will be worth over $20bn by 2015.

Rudy also referred often to a paper published in the July-August 2011 edition of Harvard Business Review (HBR) titled ‘The Age of Hyperspecialisation’. The basis of this paper is that as communications technology continues to advance, the division of knowledge-based labour will accelerate. On the assumption that “quality improves when more of the work that goes into a final product is done by people who are good at it”, breaking work previously done by one ‘knowledge worker’ into multiple tasks may enable substantial future economic growth (much as the division of labour in manufacturing did in the years after Adam Smith famously forecast it would in 1776).

According to the paper there is considerable evidence “that the world of work is in flux”, witnessed by “a new class of intermediary – firms that connect enterprises to tasks to complete and communities of specialised workers”. These include Guru.com, with more than 1 million claimed registered members; Elance, founded in 1998 and backed by “top industry investors” to the tune of $50m by 2000; and Odesk, founded in 2003 with revenues exceeding $100m by 2009. Closer to home, today’s (19th June, 2012) Sydney Morning Herald reports that Kaggle, developed by Anthony Goldbloom “ in a Bondi Beach apartment… allows those with data-related problems to tap into a pool of over 33,000 PhD-level scientists and statisticians who compete to find the most accurate solutions”. (Having failed to gain support in Australia, Goldbloom “moved to San Francisco last year where he was swamped by hungry investors and eventually ended up raising $11 million from Silicon Valley heavyweights, including one of the founders of PayPal”).

I have used the services of one such “intermediary” – 99designs.com.au – to design a company logo, and the experience was tremendous – huge numbers of concepts to choose from, multiple revisions and the logo plus letterhead, business card layouts and Powerpoint templates in 4 weeks and for $350. The HBR paper’s authors cite other examples of success in software development (“comparable in quality to… more traditional means but at as little as 25% of the cost”), transcription of audio files (“sometimes in less time than the recording itself took to make”), information verification and categorisation, problem solving and innovation. They also reference Pfizer who, having determined by analysis that their “most highly skilled knowledge workers were spending 20% to 40% of their time on things like data entry, web search, basic spreadsheet analysis, and PowerPoint slides” established a process to off-load these tasks.

It seems to me that we need to distinguish between the model that may best be termed ‘micro-sourcing’, and another more suited to ‘crowdsourcing’. Micro-sourcing may be defined as the engagement of one individual to undertake a task more cheaply, whereas Crowdsourcing involves acquiring the inputs from a number of people concurrently in order to complete some activity to a higher level of quality (be it in terms of accuracy or speed etc). Both are enabled by improvements in communications technology, but it is the crowdsourcing model that is more likely to enable transformational, as opposed to incremental change.

In the context of the consulting industry in which I work, I can see how the crowdsourcing model could provide access to seriously experienced people with specific expertise on a global scale, and that this might offer an alternative to the high-end strategy consultants. How might such a model transform the industry within which you work?

The Pitt Crew is a unique team of highly experienced, hands-on business consultants and process architects, driven by a common goal to realise competitive advantage for our clients through the transformation of business processes and successful delivery of business and IT projects. Based in Australia and New Zealand, we provide the know-how and capability to help you get control of your business, critical processes, projects and technology – fast. 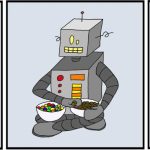