This tutorial introduces the new programme and project dependency matrix functionality that has recently become available in Psoda.

What are project or programme dependencies?

Projects may sometimes depend on other projects, for example if the budget of project A changes this might impact project B as there might be a fixed budget for the overall programme, or overruns in project A’s schedule may mean that resources are not available to start working on project B.

There can be many different types of dependencies between projects. We’ve already mentioned budget and schedule in the examples above. There may also be a scope dependency, for example if project A cannot build all of the features that we need we may have to push some of those features into project B. Finally there may be a dependency in terms of the risks on different projects and programmes.

The meaning of the 2×2 traffic light is described in detail below, but in this example it shows that there are dependencies in both budget (red dot) and in schedule (green dot). The two grey dots show that there is not a dependency in scope (left) or in risk (right).

Each intersection of the dependency matrix will contain a 2×2 traffic light to show the types of dependencies between the projects and/or programmes.

The image on the right shows an example traffic light with the types of dependencies in each of the corners: Budget, Schedule, Scope and Risk.

The colours of the lights show:

You can add new dependencies between projects/programmes by clicking on the intersecting cell in the dependency matrix. The following dialogue box will show:

If you want to update a dependency you can click on the traffic light in the dependency matrix. This will bring up a form very similar to the one above.

The screenshot below shows an example of the dependency list for a particular project:

From this list you can update the dependencies or delete a dependency that is no longer required.

Follow this link to learn more about the Psoda dependency matrix. 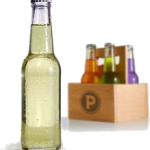 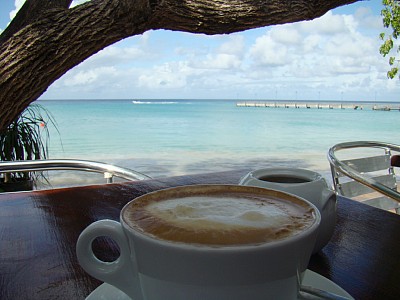 Lattes on the Beach, aka Psoda’s Business Continuity Plan In Action