Journey to the cloud; how 3 large transportation agencies took to the skies

This blog post summarises my talk at Cloud Expo Asia on Wednesday 13th November. The focus is how 3 large transport agencies started their journey into the cloud with Psoda.

Each organisation came into being after a number of smaller agencies were amalgamated. This lead to a number of problems including:

All three agencies stated that Psoda’s powerful, customisable, report engine was one of the main reasons Psoda was successful, other reasons included:

Post the implementation of Psoda, all of the agencies reported significant benefits.

Psoda has given the agencies a much better visibility across their projects resulting in much better buy-in from programme and project managers across each organisation. It has also led to much more efficient project meetings.

All have seen a significant increase in productivity, in fact one agency reported that their administrators saved on average 20 hours per month using Psoda.

There is now a single source of all programme and project information that is accessible to senior managers and stakeholders at a touch of a button. This increased visibility has helped increase funding for critical projects, that until the data was visible, were being neglected.

Overall Psoda has become a catalyst for change in these organisations. Projects are being run much more consistently and following the organisational processes has become second nature. Process changes has become almost transparent with updates to workflows becoming available to the project managers the next time they used the tool.

If you’ d like to experience the same benefits in your organisation, sign up for your free trial. 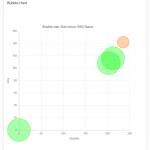 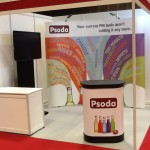