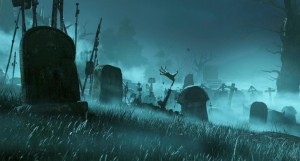 Lessons learned – that useless paperwork exercise the PMO insists we carry out at the end of every project.

They haven’t registered that we spend 95% of the lessons learned meeting time recovering from our hangovers and dissecting the project close-out party the night before, and then spend just five minutes coming up with two or three things to keep them quiet.

So, if you’re looking for ways to make sure your lessons never see the light of day, read on.

This tip doesn’t work if you have an online project management tool that captures lessons, but if you’re working somewhere that still manages projects via spreadsheets, you’re in luck. Password protect the lessons learned spreadsheet, submit it on your last day and voila. You’ve ticked the box but no-one can see if the spreadsheet’s blank or not.

Get your coordinator to fill in the spreadsheet

Who needs to have a project team meeting to capture lessons? Your coordinator probably has a much better idea of what actually went on in the project anyway, and isn’t filling out forms part of the coordinator’s job? In fact, that’s a lesson that should be included.

Point blank refuse to provide anything

If all else fails, just refuse to provide anything. After all every other sucker project manager has filled it in so they don’t really need your contribution.

This is obviously a parody post but I’ve seen everything I’ve listed above happen at least once by project managers desperate to avoid providing lessons.

It’s always surprised me that something like lessons learned are viewed with such horror. Next week’s blog will cover how to make the most out of lessons learned.

In the meantime, if you want to make sure lessons are captured during your project, check out Psoda’s Lessons Learned Register. 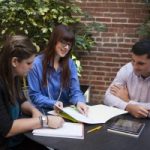 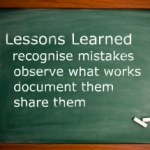