The Public Sector PMO Leadership Conference in Canberra earlier this month offered an invaluable insight into how approaches to project management are evolving – both within Australian government agencies and beyond.

The conference attracted a wide range of delegates from within the Australian and New Zealand public sector, as well as organisations, such as Psoda, which serve this sector.

One of the most notable themes of discussion at the event is how the role of the PMO is evolving within the public sector. I have summarised below some thoughts on this trend, as well as the other main insights I gained from the event, which are in no way meant to be an exhaustive account of the event!

The PMO as an agent of change

As can be expected, much of the conversation at the conference was dominated by the  evolution of the PMO in the public sector. What was clearly evident was that the role of the public sector PMO is maturing. PMOs now play more of a supportive, rather than a policing, role in public sector organisations.

In many instances the PMO is even perceived as being an agent of change for organisations. As PMOs actively monitor the progress of projects to ensure the benefits they are meant to deliver are realised, they are being seen as helping the organisation achieve better outcomes.

By taking ownership of the benefits individual project deliver to the organisation as a whole, PMOs can take on the mantle of agents of change for their organisations.

The enterprise PMO vs the portfolio PMO

This approach is ideal for the public sector, since most organisations run a range of very different types of projects across the various parts of the organisation. For instance, a town or district council is responsible water works on one side and building cycle ways or managing parks on the other. These types of activities demand very different approaches to how projects are managed rather than a one-size-fits-all approach.

In the past, many organisations attempted to have a centralised PMO responsible for all projects but this has generally not worked well. Splitting the distinct standards and portfolio management functions is proving to be a better approach, as it allows more flexibility on an individual project level.

This means the organisation’s leadership is not concerned with what methodology is used to run individual projects, but rather that there’s consistency across board in how risks, contracts, stakeholders, etc. are managed.

The ever-widening reach of Agile

Another particular theme of interest was how widely adopted Agile approaches are becoming across public sector agencies. There was also much talk about out how Agile as a methodology could be applied beyond project management into other areas of delivering public services.

An example I quite liked was a debate over whether roads could be built in “sprints” – where one section is fully completed and opened before work starts on the next stretch. That way the public could get the benefit of using a fully upgraded section of road sooner, while other portions are still under construction – eliminating the issue of large sections of the road network being affected by works at the same time. Of course, this approach does have its limitations and would probably only be effective on motorways with on-and off-rams, where access to the newly completed and yet-to-be started sections could be easily controlled.

However, that this discussion is taking place within the public sector is a great indicator that agencies are looking at how they can be more agile and deliver their services to taxpayers more effectively and, crucially in the current economic climate, more cost-effectively.

In the same vein, many public sector agencies reported they are now looking to add more rigour and proper processes into how portfolios and projects are prioritised. There is a greater focus on examining empirical evidence to ensure better outcomes are achieved by focusing on the right projects in first place rather than committing to projects based on who shouts the loudest. There is now a real focus on pursuing the right projects and to kill off those which are not delivering the benefits they are meant to as early as possible.

Overall, it was clear from the conference that the public sector is getting better at tracking benefits against their projects. Agencies are also demonstrating a real commitment to ensuring the projects they run deliver greater efficiencies and better outcomes for taxpayers’ money.

This shows we are seeing a more sensible approach to spending in the public sector, which means things are definitely moving in the right direction. 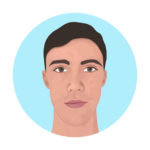 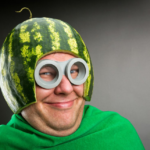