How a health care provider moved to the cloud 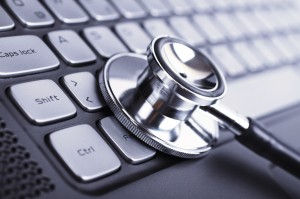 This week I wanted to do something a bit different on the blog, so decided to share a case study from one of our customers so that you can see what a difference Psoda has made.

Hutt Valley District Health Board (DHB) was formed in 2001 and is one of 20 district health boards in New Zealand. It is a government-funded organisation responsible for planning, funding and providing health care and disability support services for over 140,000 people who live in the Hutt Valley.

The DHB’s annual budget is approximately $421 million, of which roughly half is spent on hospital and mental health services.  The other half funds a range of community health providers.

Different versions of the truth

At this time it became clear that there was no one single view of the status of the various projects being undertaken.

Documents resided in different locations, including network drives, USB sticks and emails making it extremely difficult for project staff to keep track of their own projects but also meant senior management couldn’t get accurate updates on the programme as a whole.

Information was in multiple formats, such as Word, Excel, Visio diagrams and PDFs. This made generating reports time consuming and awkward. For example, running a programme status report involved the programme administrator having to go around the various project managers and collect all of their information and then manually collate this into a programme report. This resulted in incomplete and out of date information being reported.

During the transformation programme it became clear that there was a distinct lack of strategic alignment of projects. Projects were not started, prioritised and closed in a controlled way –those who shouted the loudest got the attention. This led to projects that should have been funded, worked on or closed as a matter of priority being ignored.

The transformation programme was required to share multiple resources across various projects, but there was no central resource management. This led to people being significantly over and under allocated, causing multiple headaches for the project teams.

Hutt Valley DHB decided to evaluate Psoda’s product set after seeing a demonstration at a Health IT conference.

They chose to have a staged implementation, focussing initially only on the project and programme management functionality. Over time this has expanded into other areas of the tool and the DHB  has also implemented a number of collaborative projects with other DHBs.

Psoda boosted project and programme visibility at Hutt Valley DHB. It now has visibility not just of the projects and programmes in its own pipeline but also those in the pan-DHB pipeline.

Using Psoda for resource management has allowed Hutt Valley DHB to more effectively utilise project staff. This has resulted in cost benefits by allowing staff to be directed where they are most needed, reducing project delays.

Hutt Valley DHB chose Psoda for a number of reasons:

As Psoda is a cloud-based solution the total cost of ownership is significantly lower than that of traditional PPM tools with similar functionality.

The flexibility of the toolset meant that it was configured to meet the needs of Hutt Valley DHB, rather than the DHB having to change its processes and procedures to fit the needs of the tool.

Psoda’s built-in reporting capability was another a key attraction for the DHB. It can now generate reports directly from its central data sets instead of having to export data and manipulate it other applications to generate reports.

To find out if Psoda is right for your organisation, register for a free 30 day trial now 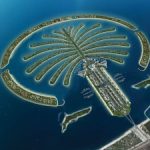