Last week, we opened our reduced-cost charity initiative to Australian organisations, after successes in New Zealand, the U.S., and Indonesia. The 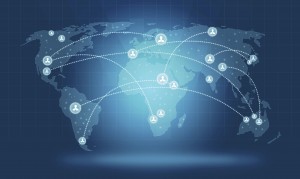 Psoda is on the lookout for new channel partners in Australia to help meet increasing demand there. We announced our plans

WELLINGTON NZ, (20 January 2011) Psoda (http:/www.psoda.com) today launched its new free mobile timesheet application called iPsoda. It is the latest addition to the Psoda suite of on-demand software solutions. iPsoda uses the latest HTML5 technology to ensure high performance on the most popular devices and next generation browsers; including the iPhone, iPad, iPod and Android phones and Google Chrome, Safari and Opera browsers.

CityLink MD Neil de Wit is the winner of the e-LM.com prize draw at the Convergence Oceania 2007 conference held at Te Papa yesterday For immediate release 9 May 2007 - Neil de Wit, MD of CityLink, received the prize from Michael Gregg, the MC for the Convergence Oceania 2007 event, during the final panel discussion of the day. Mr. Gregg suggested that e-LM.com will help CityLink to manage their projects to rollout the next sections of their regional fibre network. Mr. Gregg had won the prize during a draw just before the final panel discussion. Bruce Aylward, CEO of e-LM.com, comments: "The conference has been a great success and I found the speakers both insightful and easy on the ear. The exhibits have been outstanding and I think everybody won at the end of the day."

Continue reading
Read more
We use cookies to ensure that we give you the best experience possible on our website. If you continue without changing your settings, we'll assume that you're happy to receive all cookies from Psoda's website. View PolicyGot it